Entrepreneur Larry Bock was the inspiration for the San Diego Festival of Science & Engineering. A serial entrepreneur in the life sciences, Larry Bock founded, co-founded or financed early stage growth of over 40 companies. However, he found one day that he could no longer hire Americans to fill positions in the companies he was putting together. In an interview for Forbes/Wolfe Emerging Tech Report, Bock said: “When I took my family abroad, I saw these wonderful international science festivals – in particular the Cambridge, UK festival, the Edinburgh festival, and the Italian and Indian festivals – that have been going on for years. These festivals had not yet come to the U.S. (two were in formation on the east coast), so I thought ‘Ok, I want to create the largest science festival on the West Coast.”

Partnering with more than 100 collaborators – including lead organizer UC San Diego and faculty members Loren Thompson and Jeremy Babendure – Bock implemented the first San Diego Festival of Science & Engineering (originally launched as the San Diego Science Festival) in 2009 with great success. The inaugural festival took place over an entire month, which included more than 500 free events and drew more than 50,000 visitors to the first ever EXPO Day at Balboa Park.

San Diego Festival of Science & Engineering: 10 Years In The Making (article on p.31) 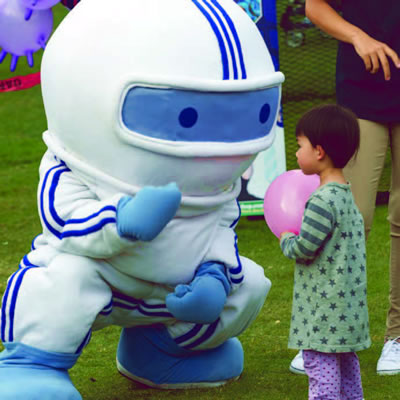 It takes true community spirit and engagement to build a successful Festival Week and momentum to support ongoing programs. Our mission is to provide meaningful year-round STEAM experiences for youth and adults alike in San Diego, and throughout the state of CA through our virtual platform.